Back to Blog Posts
Prev Next

Why Fort Lauderdale Is The Best City To Live In 2021

With a population of more than 180,000, Fort Lauderdale is undoubtedly an excellent place to live in Florida. What makes it so unique? Before elaborating on everything that the city has to offer, let's give you a brief introduction.

A relatively small coastal city, Fort Lauderdale is usually grouped within the Miami-Fort Lauderdale-West Palm Beach metropolitan area. It's located in Broward County and offers quite an urban feel to its residents. Considering the population and environment, it isn't surprising that most residents own their houses in this city. And there are plenty of restaurants, bars, coffee shops, and parks to keep you busy.

The city has managed to become a major attracting point for young professionals. And the above-average performing schools make it a perfect place to raise a family. Sounds too good to be true, doesn't it? 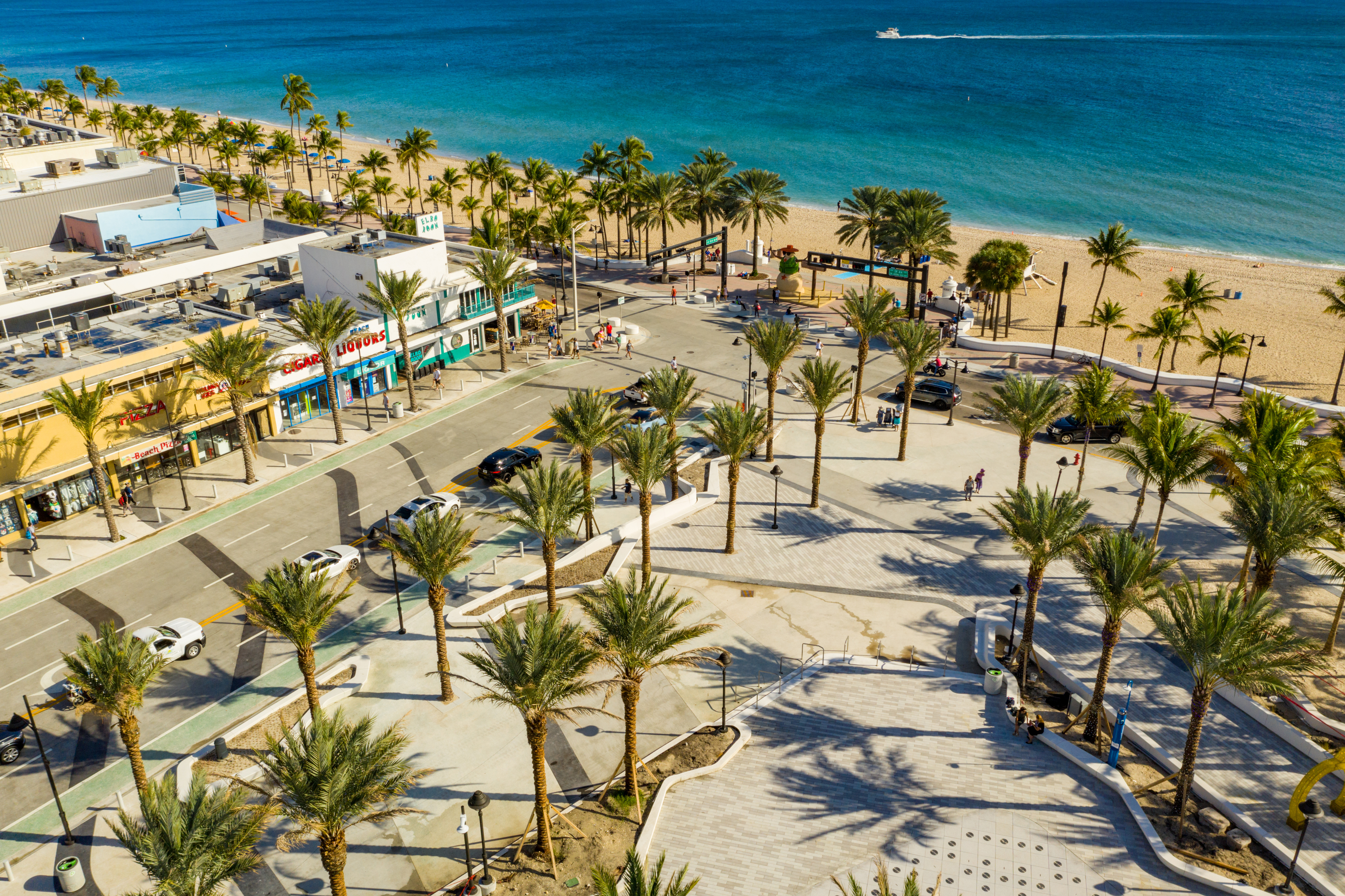 Stepping Out Of The Shadows

For a long time, Fort Lauderdale was overshadowed by Miami. But things are starting to change now with the developmental boom. Yes! The city has now grown significantly both commercially and residentially.

Interestingly, Fort Lauderdale wasn't always a family-friendly town. Long before college students settled for Panama beach for their spring-break destination. Fort Lauderdale was their "it" place. It wasn't until the mid-80s when things began to change. This is majorly attributed to the laws passed by the city that discouraged the behavior associated with such trips.

Soon enough, Fort Lauderdale became a family-oriented town that attracted the older crowd looking for a resort lifestyle with plenty to offer.

But of course, that doesn't imply that the town has lost its touch. Indeed, the 23 miles of beaches, expansive canal system, and a lot more make it one of the dream places to live. 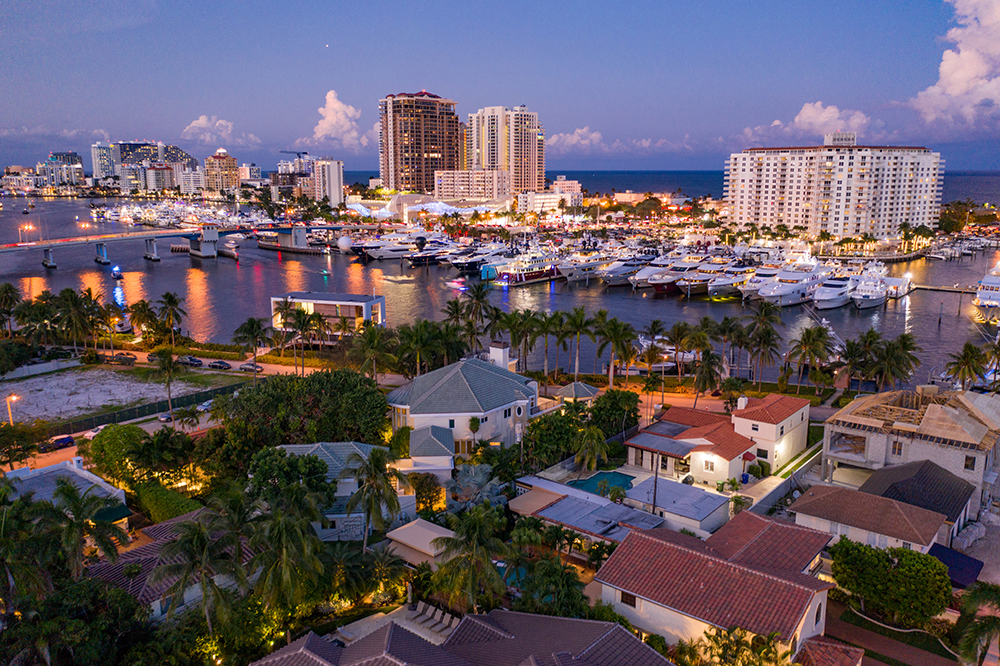 So what makes Fort Lauderdale an ideal place if you want to relocate? Let's dig deep into everything that the city has to offer.

But before that, here's what you need to know. Fort Lauderdale is quite an expensive place to live. Indeed, the cost of living in this city is around 37% higher than the rest of the country. After all, it's ranked as the seventh most expensive city to live in Florida. But if you focus on everything else that it offers, it will seem like a small price to pay.

The population of Fort Lauderdale continues to fluctuate as a large section of people live here on a seasonal basis. This does wonders for the economy during the period when tourism is low. There are plenty of employment opportunities in Fort Lauderdale, even apart from the tourism industry. Indeed, you can easily land a job as an accountant, nurse, HR manager, engineer, and photographer in the town and earn handsomely.

It indeed is possible to get around in Fort Lauderdale without a car. But the situation wouldn't be ideal for most people. But if you don't have a car, you can use the Broward County Transit to move about. Brightline is a well-maintained passenger rail system connecting Miami, Fort Lauderdale, Orlando, and West Palm Beach.

There's also the option of using the bike-sharing program in the city, which is an initiative launched to reduce traffic congestion. 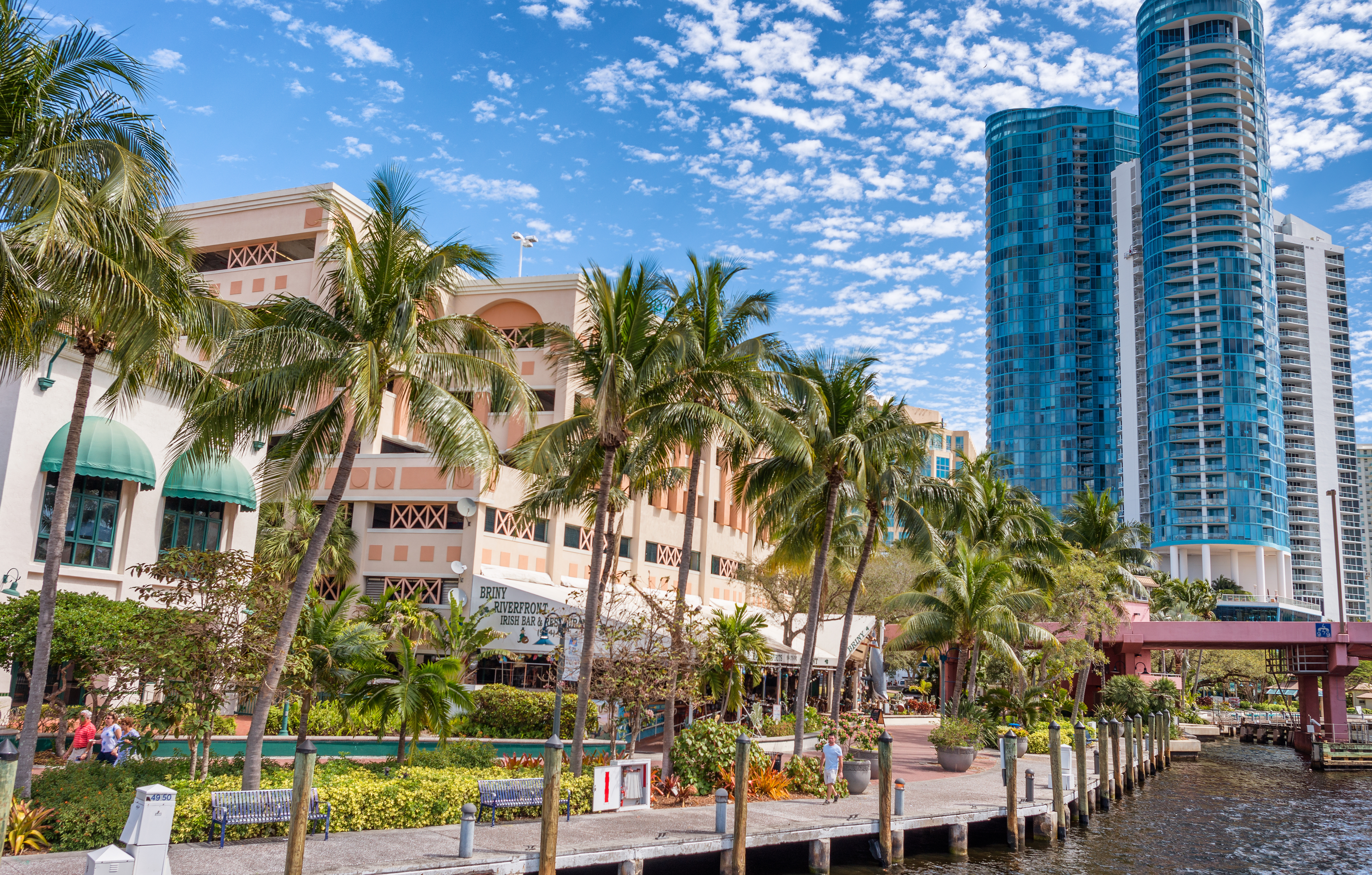 Interestingly, there are many neighborhoods in Fort Lauderdale that will attract you. Colee Hammock is among the oldest of these neighborhoods. This one features old yet restored houses. Here, you will find a combination of bungalows, apartments, and condos. And of course, there are plenty of boutiques and restaurants to keep you busy.

Tarpon River is a neighborhood with a working-class vibe. It's close to supermarkets, parks and shopping centers, making it a pretty suitable location for families and young professionals.

There is also Victoria Park. This one didn't manage to attain the attention of the masses for a long time. But soon enough, it became a central attraction for families. And now, the neighborhood is a tight-knit community with upper-middle-class families.

And there's Harbor Beach which is among the most exclusive neighborhoods of the city. You can witness some breathtaking and spectacular displays of architecture here.

Lastly, theres another neighborhood well worth the mention which is Rio Vista. Rio Vista is unique in that is offers both canal style living as well as non-waterfront homes which allows for a large range of home styles and prices. Less than 4 miles from Fort Lauderdale State Park, the powdery beaches and crystal blue waters are only minutes away from Rio Vista, allowing for Rio Vista residents to live a resort lifestyle with their toes in the sand. 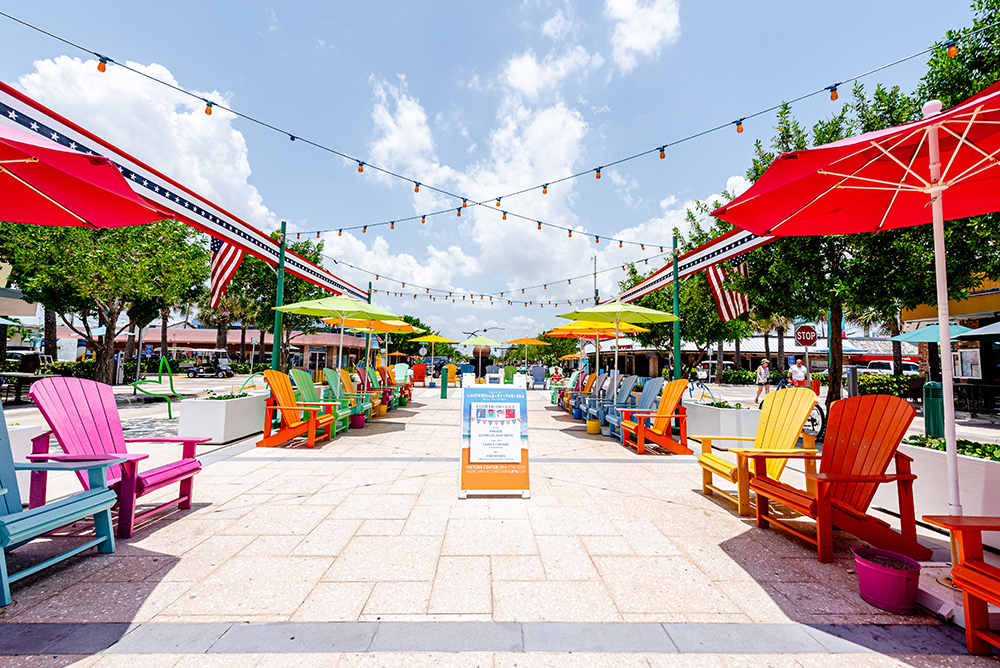 Are you wondering how you will spend your time if you live in this city? If you love a happening nightlife, you are in luck. Fort Lauderdale has as many as 120 nightclubs and 4100 restaurants. Yes, that's right! And most of these are in the Riverwalk Arts & Entertainment District. Some popular ones include Rocco's Tacos, Royal Pig Pub & Kitchen, YOLO, Louie Bossi and Shooter's Waterfront, among many more.

Fans of live music will find their ideal spot in the Escape Lounge and Culture room. You get to see many great acts at a single place during the annual Tortuga Music Festival. And, of course, there's the South Florida Symphony Orchestra for those who prefer something a bit more refined.

But wait, Fort Lauderdale isn't all about music. It features plenty of museums too. The Museum of Discovery and Science, NSU Art Museum Fort Lauderdale, the African American Research Library and Cultural Center, and the Coral Springs Museum of Art are some places that everyone must check out. 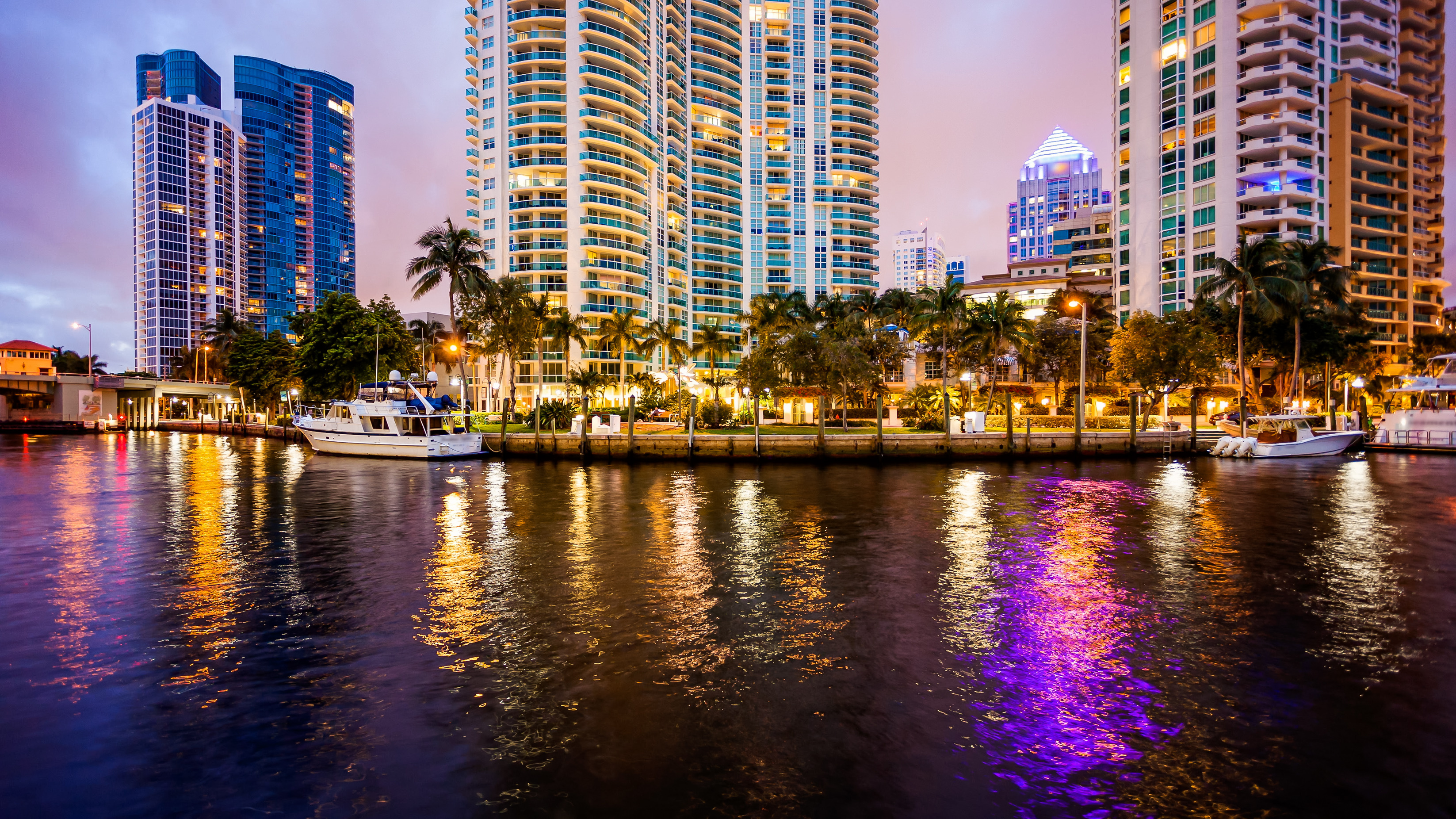 Time To Take The Plunge

There's no denying that relocating to a new place can be challenging. But Fort Lauderdale will make it easier for you with its welcoming vibe. It's quite an easy place to settle in, and by now, you know everything about it.

Food lovers will simply love Fort Lauderdale. The Central American and South American cuisine will leave you yearning for more. And then, there are the beaches spread across the city that will attract all the water lovers out there. The breathtaking view is definitely a bonus.

Keep in mind that the falls can witness some torrential downpours and occasional hurricanes. So you have to be prepared for that. But all in all, Fort Lauderdale leaves little to desire. This is why the rapid increase in its population in the past few years isn't astonishing. And it doesn’t look like its popularity is going to decrease anytime soon. 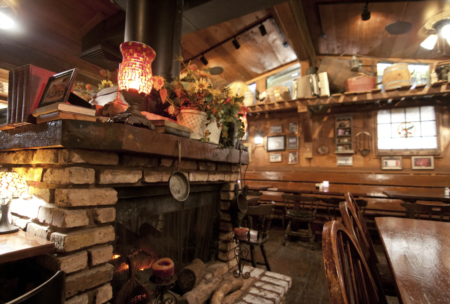 Florida –a land known for the best beaches, clubs, and nightlife- is undoubtedly the perfect spot to book for your next vacation. With over a ...Read More 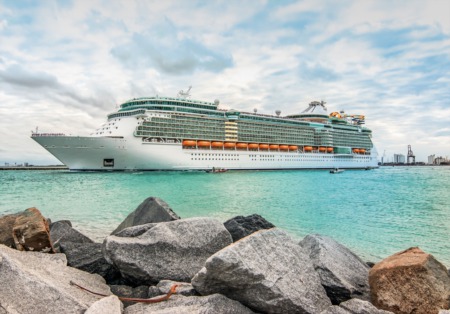 Florida is a magical state with so much to offer that you can never truly capture its full essence. And if you love cruises, you are in for a treat ...Read More 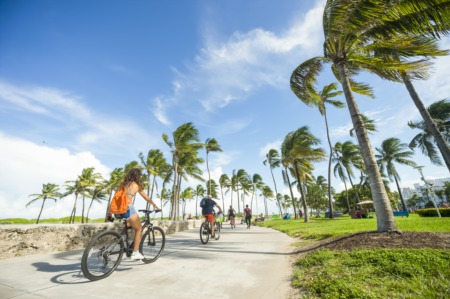 Florida is undoubtedly a breathtaking country with so much to offer. Indeed, it has some of the best and finest beaches in the whole world. It's not ...Read More